I thought I’d purge some of my phone pictures tonight and get them from the land of apps and into the land of…blogging?  I think that I think of my phone as a camera almost more than an actual phone and I love being able to snag pictures in an instant and then scroll through later to see what I caught on ‘film’ whenever I’m missing my boys.  This is an aspect of 21st century living that I adore.

So here’s what the phone’s been seeing lately:

The young sir post-bath one night, clearly full of his usual business:

Next…I went with some friends to check out CLAW (Charlottesville Lady Arm Wrestlers) which is a highly entertaining local charity event.  Lady arm wrestlers assume their very (funny) intimidating characters and wrestle it out with brute strength, bribing of the judges, dance offs, selling of costume pieces and anything else that might get them into the winner’s seat, all in the name of benefiting various local good causes. On the night that we went we arrived in time to see Tragedy Anne (below) beat Eve of Destruction but ultimately lose to Homewrecker:

CLAW is becoming a national phenomenon, though it will always have its roots in Charlottesville, but if you have a moment, I highly suggest you check out local photographer Billy Hunt’s collection of lady arm wrestler photos…you won’t be disappointed that you did!

While there I also snagged this self-portrait in a chrome bar stool:

And moving right along, here are some of the various pastoral scenes that have caught my eye out and about in the world: 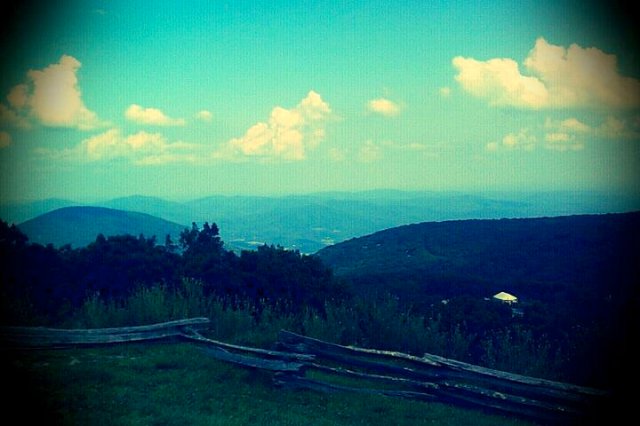 And of course more Drew and Asher.  These are from a post-dinner walk on the nearby Monticello trail last week: 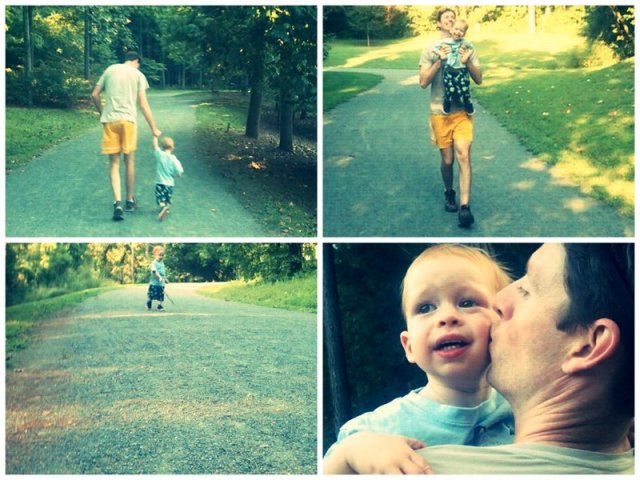 And…let’s see…what else?  Well this isn’t from my phone, but please welcome the newest member of the household, Dorothy:

We snagged this little Beta from the pet store, and while “Bishey” (Asher’s version of ‘fish’) was an ok name, we were reading an Elmo Goes to School book (can you guess the plot of that story?) and there is mention of Elmo’s fish Dorothy in it.  Asher pointed to our little blue beauty and declared that we will call him Dorothy.  So far Dorothy has been a sublime housemate, although he seems to be on a bit of a hunger strike so I’m hoping that he’s got all of his fins in this world and isn’t about to go to the great fishbowl in the sky.  Asher loves feeding him as a daily chore and has been very good about not knocking the bowl, and so far Mabel the fat cat hasn’t paid him any mind either.  Drew and I are both enamored with Dorothy’s lovely colors and the way that he starts swimming like crazy whenever we come into the room.  Surely he missed us?

So that’s the phone purge and the introduction of Dorothy to the internet.  We’ve got plans for a low key weekend after a couple of weeks of going full speed.  Asher is newly obsessed with trains, so we will likely walk down to the train tracks and talk endlessly about “Bahdness” (Thomas the Train) and savor the surprisingly cool August temperatures.

Have a good one!