Well, in looking through my camera, I realized that there’s been a lot going on that I haven’t shared pictures of, and so this fine Memorial Day is giving me a chance to catch up and I’m going to do a little show and tell this afternoon of some of the things that we’ve had going on…

In addition to the big ultrasound last Thursday, it was our wedding anniversary and so we celebrated with a hike and a delicious (seriously delicious) dinner at our favorite Charlottesville restaurant, C&O.  The night concluded with a walk around downtown and some homemade gelato, and we were happy campers.  Here we are before heading out for the evening: 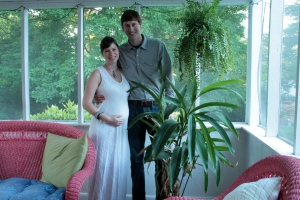 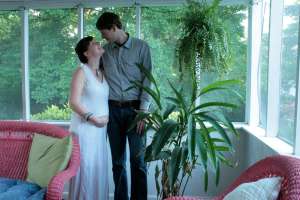 Next up…How does your garden grow?  Well, our modest gardening endeavors are in full effect, and ushering in as much novel joy as ever!  That big fat rabbit from last year seems to have moved on and Mabel has become and indoor/outdoor cat again and is keeping a keen eye on anything that moves in the great outdoors.  She’s older and quite a bit fatter than she was the last time that she was allowed outside, so she spends the majority of her time sleeping on the front stoop, but she did bring us a small ‘offering’ in the way of a mole not too long ago, so I’m sure that she would want me to tell you all that she’s still got it.  If cat hunting isn’t your thing, forget everything I just said and take a look at the surprise that I woke up to yesterday morning: 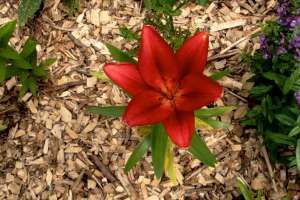 These lilies never bloomed last year, so I couldn’t remember if they we’re star gazers or Asiatic, but as it turns out, they are the latter and just lovely.  We also have returning snap dragons, which was a big surprise, as these little bejeweled annuals should have kicked the bucket with the winter, but you can see them to the right in this photo: 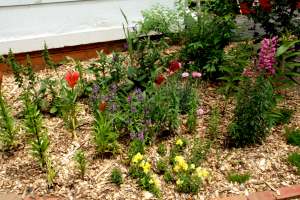 We’ve broadened our garden horizons very nominally this year with a second bed because we realized that we wanted the majority of our limited space to be dedicated to tomatoes, so our larger bed from last year is the tomato garden, or at the moment, space ship garden with all of the cages, and the smaller bed has our lettuce, cauliflower, peppers, dill, onions and basil kind of packed in.  Ms Stewart would not approve, but it was the best that we could do. 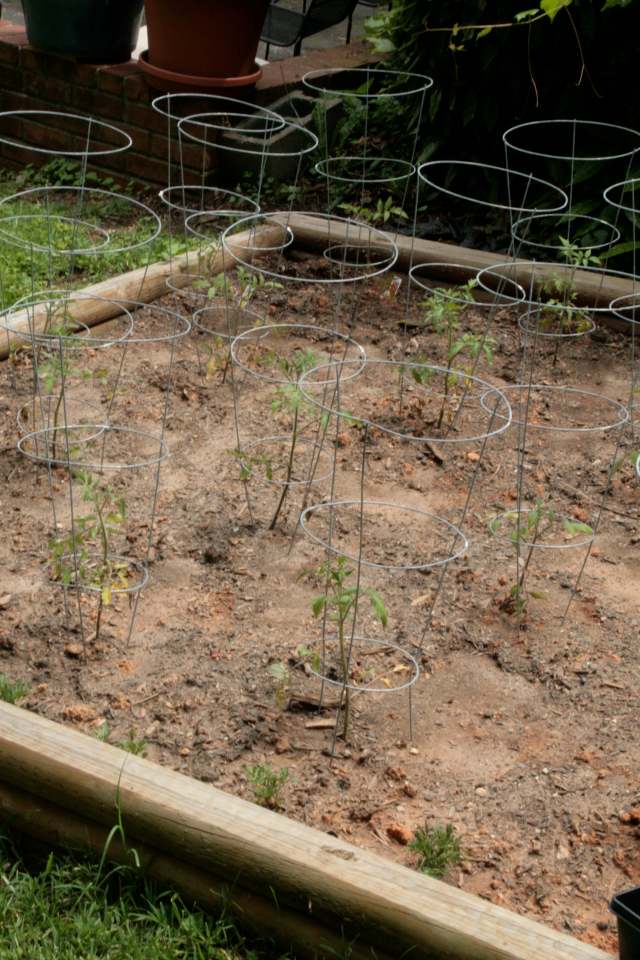 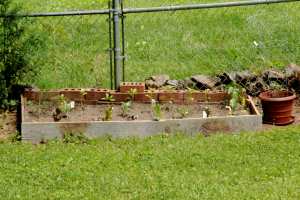 What else?  Ahh yes, the perfunctory Dad-putting-the-crib-together pictures.  I woke up from a nap to this scene the other day (I know, tough life.) and Drew said that he didn’t swear or bang anything once, so we have a beautiful crib courtesy of my grandfather waiting for bedding and a baby! 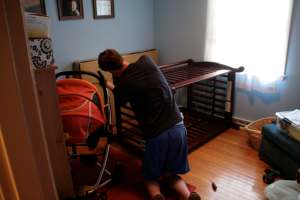 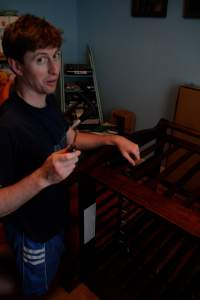 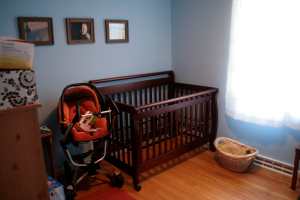 And finally, Mabel used to spend a great deal of time laying on the guest bed and looking out the window.  We pulled a fast one and switched rooms as the baby’s room is now the previous guest room, but Mabel was not to be deterred from her favorite window.  She has simply modified her resting position.  Have a look: 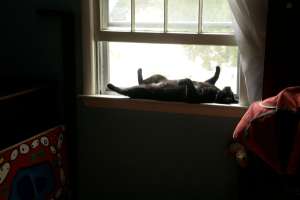 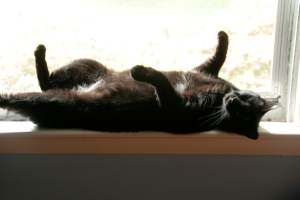 So I think that’s it for now, it’s a quiet day around here, but I’m thinking of my brother Fred and all of the other Veterans in this country and sending love to you all.